Be the first to review this product
Product ID: SKU16725
Price:
$18.45
The selected item is out of stock, please select a different item or combination
Add to wish list
Tweet
Also available as a complete kit

Some Theory
In linear regulators, an internal pass transistor is always in conduction. But in a switching regulator, the internal transistor switches between full-on and full-off. When full-on, the transistor saturates and the drop across it is almost zero, so power dissipated is almost zero. When full-off, the transistor is cut off and the current is zero, so the power dissipated is zero. But if the transistor is switching between on and off, how can you get a DC current from the output? This is where the inductor comes in. Refer to Figure 3, a simplified version of our buck circuit. In (A), the switch is closed (transistor on). Current flows from Vin, through the inductor, through the load, and back to Vin. As the current ramps up, a magnetic field builds up in the inductor and an electric field builds up in the capacitor. As its magnetic field expands with increasing current, the inductor opposes the flow of current by generating a back EMF, as indicated by the plus sign. Note that the diode is reverse-biased and  does not conduct. In (B), the switch is open (transistor off). An open switch breaks the flow of current from Vin through the inductor, and its magnetic field starts to collapse. But the magnetic field stores energy in the inductor, and energy can’t just vanish. So the collapsing magnetic field of the inductor generates a voltage that keeps the current  flowing in the same direction, as indicated by the plus sign. The current that flows when the switch is open  transfers energy from the inductor to the load. The voltage generated by the inductor will forward-bias the diode and allow the current to flow in a closed loop. (The current would flow without that diode, but it would do so by
creating a high voltage spark — like in a car’s ignition!) Then the switch closes again and the cycle repeats itself. The output voltage is determined by the duty cycle of the switch.  The capacitor reduces ripple voltage across the load.

For more information on the Switching Regulator please refer to the June 2008 issue. Kit includes an article reprint.


Login or Register to write a review. 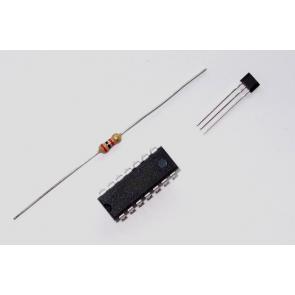 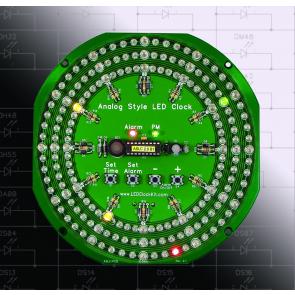 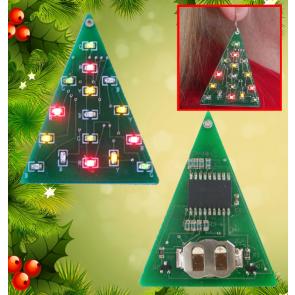 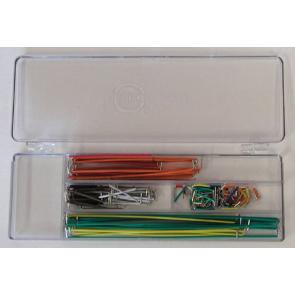 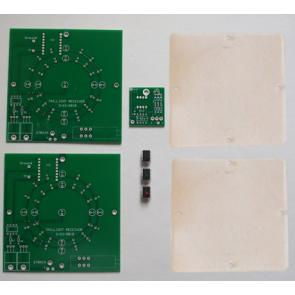 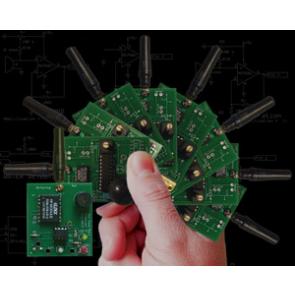