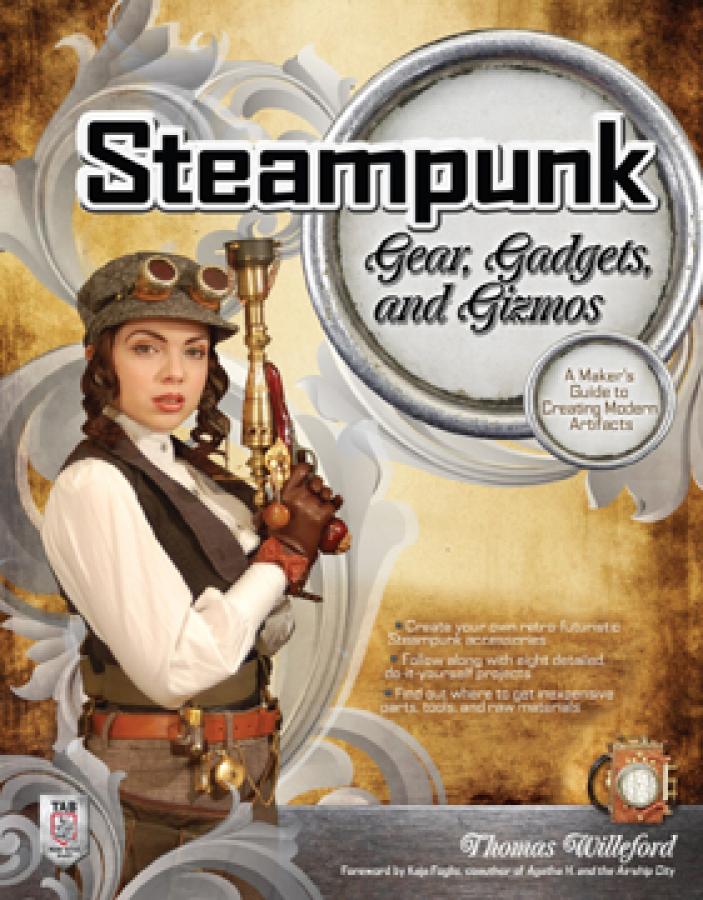 Welcome to the wondrous world of Thomas Willeford, aka Lord Archibald "Feathers" Featherstone, in which he shares his closely guarded secrets of Steampunkery. Filled with do-it-yourself projects, Steampunk Gear, Gadgets, and Gizmos: A Maker's Guide to Creating Modern Artifacts shows you how to build exquisite, ingenious contraptions on a budget.

Learn from Lord Featherstone as he distills his wealth of hard-learned skills, describes how to use the readily available tools of the modern mad scientist, and expounds on the art and philosophy of scavenging unique components and raw materials. The perfect companion for the hobbyist and advanced machinist alike, this inventive volume will guide you through the creation of your very own infernal devices.

Get steamed with these provocative projects:

Thomas Willeford has degrees in physics, history, and art. His alter ego, Lord Archibald "Feathers" Featherstone, has displayed his work, which blurs the line between art and engineering, throughout the United States and Europe for years. Willeford’s work (including the E-pod) was recently featured in the exhibit, “Device and Contraptions Extraordinaire” at the Ashmolean University of Oxford museum of the History of Science. He has made costume pieces for Abney Park, Beautiful Deadly Children, and GhostFire. Willeford has been called, "The most photographed person in the Steampunk community.” He has been featured in Steampunk Bizarre, the BBC, MTV, the Steampunk World’s Faire, Whitby Gothic Weekend, Glasgow Marker’s Faire, Pirate magazine, and the Daily Mail.