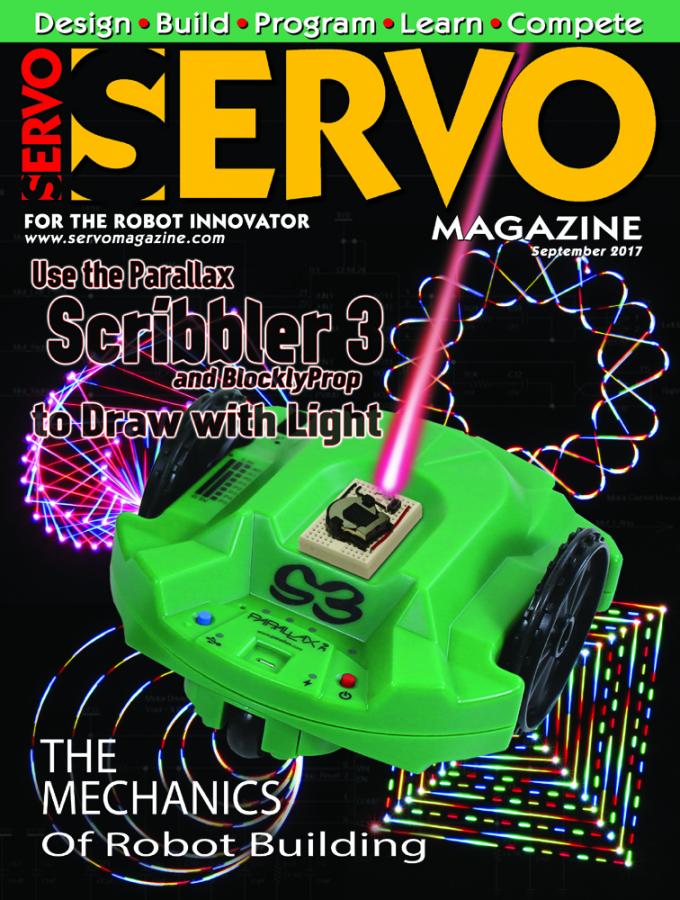 Animatronics for the Do-It-Yourselfer — Can You Hear Me Now?

Planning the audio systems that surround your aminatronic displays helps create an immersive experience for your viewers.

Interfacing an FPGA PMOD Sensor with the Diligent ARTY board

Using the Parallax S3 to draw complex and beautiful images with light.

For users of the TETRIX® PRIME building system, the new TETRIX PULSE® Robotics Controller is something to get excited about!

Then and Now
by Tom Carroll
The Mechanics of Robot Building
When it comes down to it, it’s really the mechanical aspect of a robot that separates it from just being a computer with some sensors.

The results are in for this year’s MoMoCon Robot Battles tournament.

Optimization
by Bryan Bergeron
Call it AI or linear programming, or inverse kinematics — much of the computational work in robotics is essentially some form of optimization.