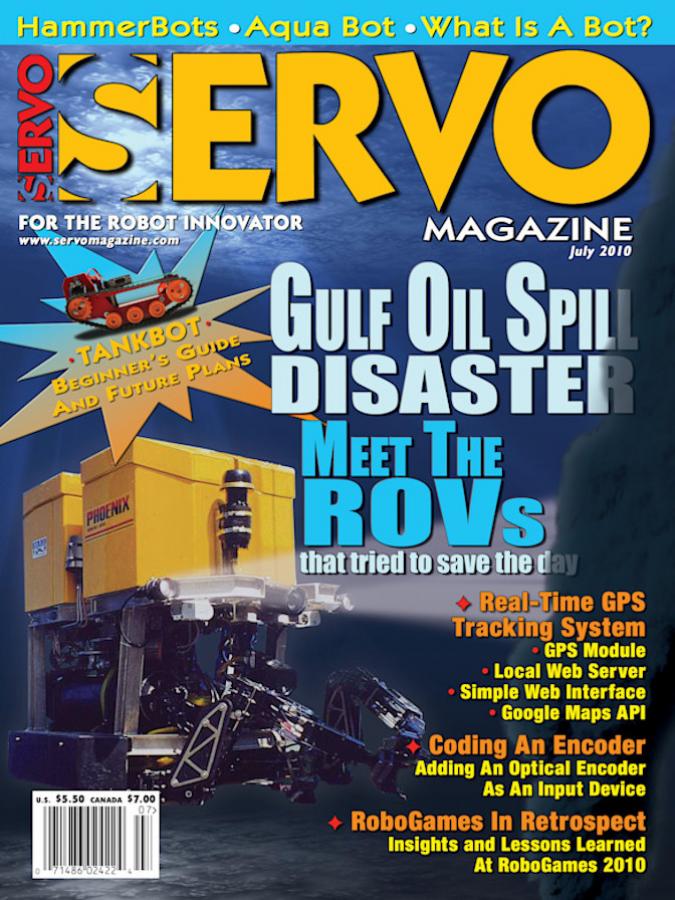 Be the first to review this product
Product ID: SKU16046
Price:
$6.00
The selected item is out of stock, please select a different item or combination
Add to wish list
Tweet

RoboGames In Retrospect
by Greg Intermaggio
Team Tesla Prime shares some insights and lessons learned from their experience at RoboGames 2010. Page 34

Robot Rescue: ROVs Lend a Hand During Gulf Oil Spill Disaster
by Dave Prochnow
Get a closer look at the ROVs that were put to use within hours of this highly publicized offshore tragedy. Page 55

by Clark Robbins
Set up this test system to restore — rather than toss out — some of those “unuseable” batteries you may have lying around. Page 38

See How Easy Coding a Rotary Optical Encoder Can Be

by Fred Eady
Fellow roboteers ... cast your fear aside and join me as I give you everything you need to add an optical encoder to the input end of your robotic projects. Page 43

by Forrest Stanley
Learn how to add a tracking system to your autonomous robot or vehicle using a GPRS/GPS module, a local web server, and a simple web interface with Google Maps API. Page 50

by David Geer
Aqua Robot
The Aqua Robot — a collaboration of participating universities including McGill University, York University, and Dalhousie University (all in Canada) — swims beneath the water and walks on land either autonomously or tethered to capture environmental images for preservation efforts. Page 10

Twin Tweaks
by Bryce Woolley, Evan Woolley
I Am Encoding
This month, we have the pleasure of presenting the Position Controller Kit from Parallax. Page 71

Then and Now
by Tom Carroll
What is a Robot?
Today’s new influx of personal and service robots are not being developed because they are ‘cool’ but because people have really come to rely on them for daily tasks. Page 77

BUILD REPORT: A Reintroduction to Wedges
in Combat Zone: Features
In mid 2007, I began the construction of Gilbert — MH Robotics’ first antweight. Page 28

COMBAT ZONE’s Greatest Hits
in Combat Zone: Features
This month, once again, only one builder submitted to Greatest Hits. Come on, bot fighters! There are tons of events going on, and gourmet damage abounds! Page 30

EVENT REPORT: Power Play! Robot Rumble 2010
in Combat Zone: Events
The Museum of Life and Science, in Durham, NC, hosts this one day event each spring. Last year, three local teams got together to put on a “show and tell” about combat robotics as part of the museum’s much bigger robotthemed event. Page 31 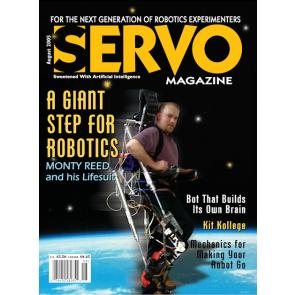 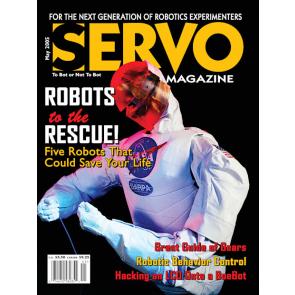 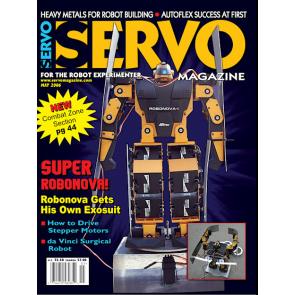 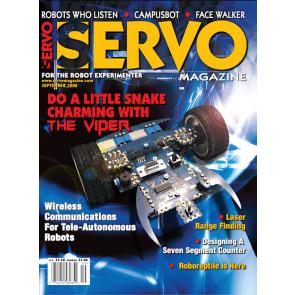 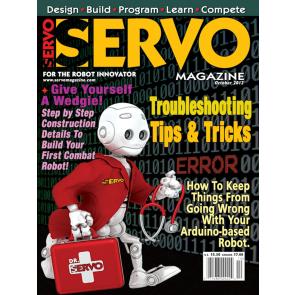 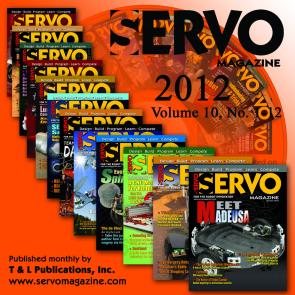