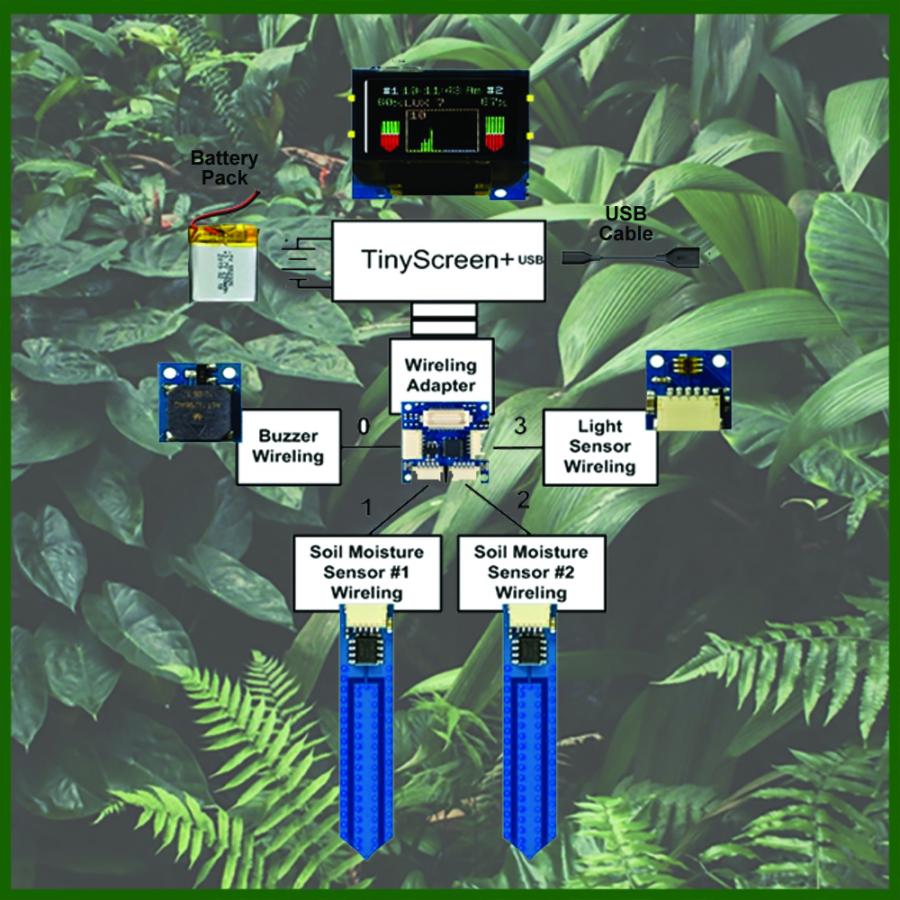 The Plant Monitor Kit is completely described in an article here.

If you’ve got a green thumb and everything grows for you, then this monitor may not be for you. However, if you’re like most of us who see a plant at the store that’s growing like crazy (under the worst of conditions), buy it, and then bring it home just to watch it die in a few days (under the best of conditions), then this kit is for you!

We’re speaking about the Plant Monitor that takes a lot of the guesswork out of growing and maintaining an indoor plant. Two important elements for good growth are moisture and light. It monitors both and alerts you to when one or the other is less than optimal. In the end,we can’t guarantee a thriving plant with this monitor, but at least you’ll have a better than fighting chance for growing it successfully.

Plant Monitor Contents – Here’s What You Get

This is an ARM processor/OLED combination that runs at 48 MHz and includes 256K of Flash and 32K of RAM. The processor is the same as the one used in the Arduino Zero, so it can be programmed using the Arduino IDE. The 16-color OLED (96h x 64v pixel) is less than one inch square and acts as the primary display for all the collected data. It also has a micro-USB port for battery charging, data input and output and, as previously mentioned, reprogramming.

The 20x20 mm Wireling Adapter includes four five-pin connectors that connect the soil moisture and LUX sensors and buzzer to the main processor via I2C signaling protocol. Physically, the Wirelings are connected to the Wireling Adapter using pre-wired and terminated connector cables, so no soldering is required.

This Wireling lets you measure ambient light levels via the TSL2572 chip that mimics the human eye.

This Wireling uses the AST7525MATRQ buzzer to give you the ability to “hear” when things are not right with your plant’s soil moisture or light levels.

With the kit, you’ll get all the cables you’ll need for it to work. This includes the Wireling cables that attach the Wireling sensors to the Wireling Adapter Board as well as the micro-USB cable that attaches to your computer.

This is a rechargeable Lithium-ion polymer battery that can power the entire unit. The battery includes protection circuitry to protect the battery from over-charging or completely discharging. 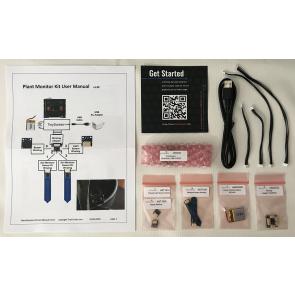