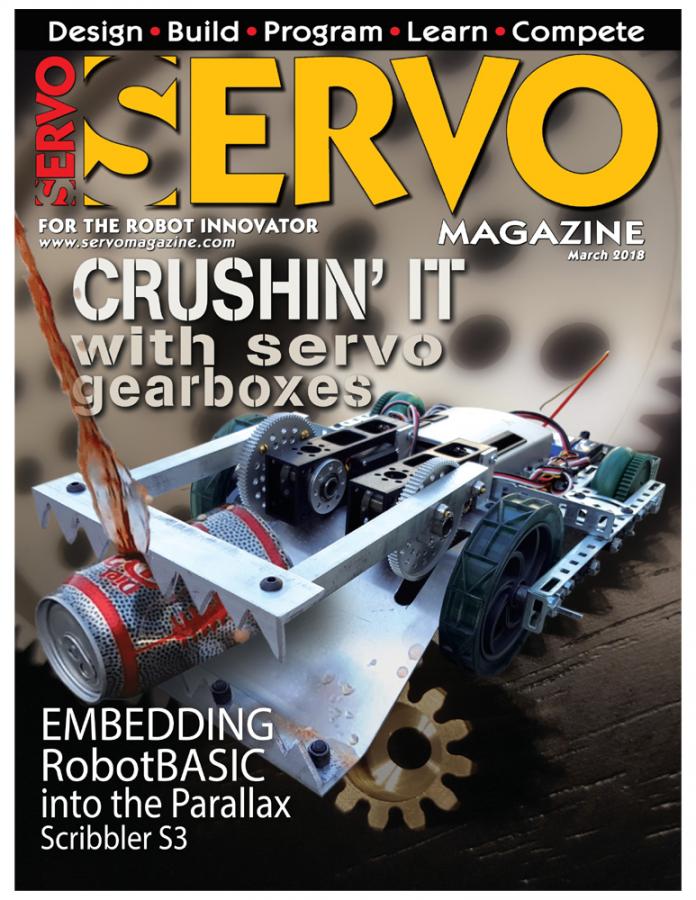 A Fan Controller for a 3D Printer Enclosure

Use an Arduino to monitor temperature when 3D printing with ABS plastic.

Embed a custom version of RROS into a Scribbler S3.

Then and Now
by Tom Carroll
Underwater Robots
When you’re going to depth in the ocean, there are special considerations for robots that are used underwater that don’t apply to ground-based platforms.

Robytes
by Jeff Eckert, Jenn Eckert
Stimulating Robot Tidbits (03.2018)
Stimulating tidbits on the latest happenings in robotics for consumers, universities, professionals, and everything else in between.

The final fate of the Hobbyweight, Atrocious.


Extinguisher Takes On Florida’s Best at the Orlando Maker Faire

Extinguisher Takes On Florida’s Best at the Orlando Maker Faire.

What really happened at the SCRC Kilobots’ 2017 Canadian National Championship.

Results of the third ever SWORD (Student Wildcats of Robotic Design) Fights event held at the Pennsylvania College of Technology.

By Land, Sea, or Air (or Underground)?
by Bryan Bergeron
What’s the best way for robots to make deliveries?